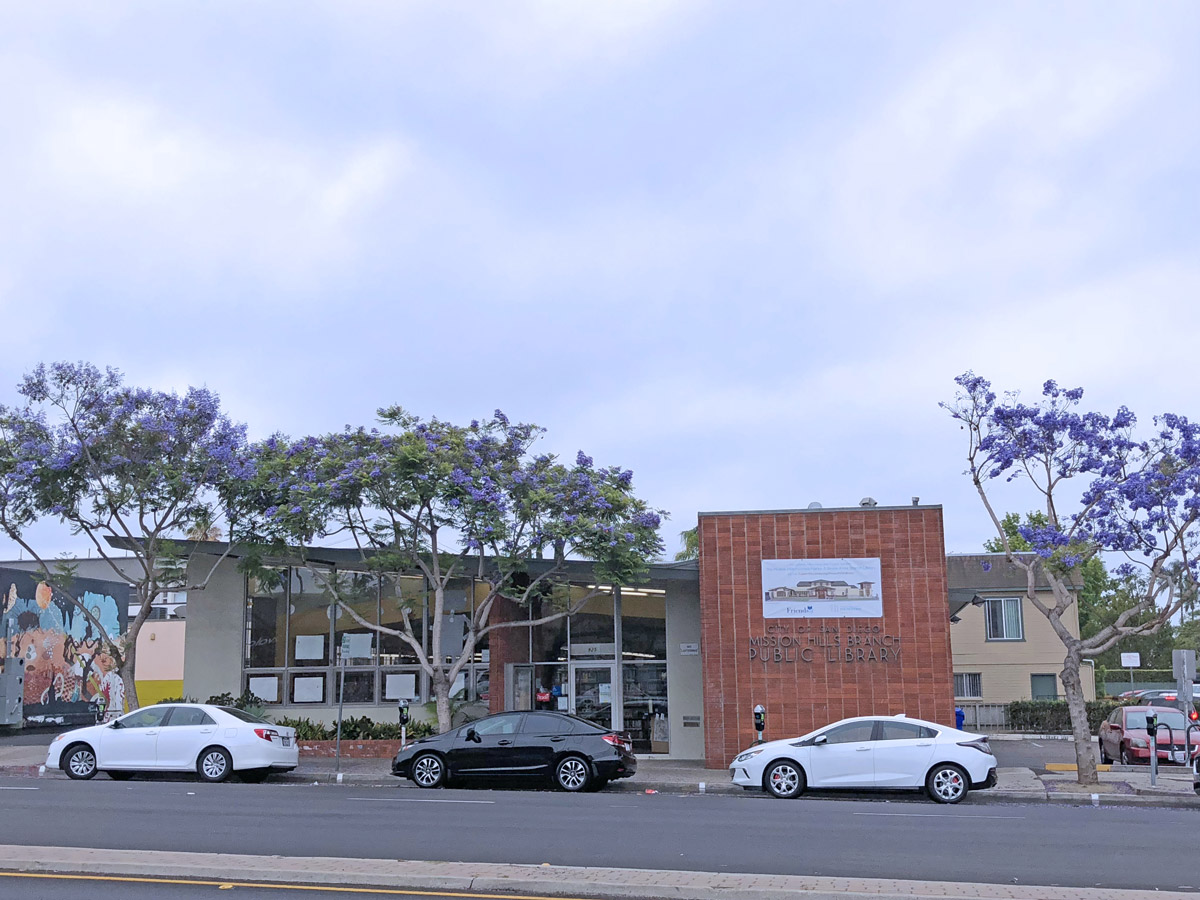 Do you oppose the City’s proposal to put Permanent Supportive Housing at the site of the old Mission Hills Library? If so, read below:

In January 2019, the new Mission Hills-Hillcrest/Knox library opened, leaving the old library site at 925 West Washington Street vacant. Many within the Mission Hills community have voiced concerns upon learning of the Mayor’s proposal to turn the old Mission Hills library into Permanent Supportive Housing.

As a Business Improvement District board serving to represent the best interests of the commercial area, we continue to hear business owners’ disapproval over the proposal from the City of San Diego to turn the old library into Permanent Supportive Housing. It is with these concerns, and the BID’s purpose front-of-mind, that the Mission Hills BID board of directors voted on May 15, 2019 to petition against the western gateway to our community’s commercial core becoming a Permanent Supportive Housing location.

Several businesses throughout Mission Hills have copies of a petition for those who would like to add their name to the list of community members saying “NO” to PSH at the Old Mission Hills Library site. If you would like to gather signatures, please download and print a copy of the petition. After collecting signatures please contact our Executive Director, Susan McNeil Schreyer, to arrange return of the completed petition.

Mission Hills Locations with Copies of the Petition

You may sign a hard copy of the petition at one of the following locations, or download a copy to collect signatures from your neighbors:

November 2016:
A Construction Kick-Off Event was held at the site of the new Mission Hills-Hillcrest/Knox Library.

May 2017:
Demolition and construction began at the site of the new library.

In response, the BID developed an online survey which began on July 1 and concluded on Saturday July 21. There were 438 respondents. With neutrality and transparency in mind, Councilmember Ward’s staff joined the BID in reviewing all of the responses.  The outcome was posted on the BID website.

October 2018:
The BID sent a letter to Councilmember Ward stating “the Mission Hills BID supports the re-use of the Old Library site for a business use or mixed use with retail on the ground floor.”

November 2018:
The Mission Hills Town Council* sent a letter to Councilmember Ward outlining their support for preserving the building as it exists, to adaptively reuse for active public or business use, and to retain parking for the neighboring fire station.

January 25, 2019:
Councilmember Chris Ward issued a memo to Mayor Kevin Faulconer conveying the recommendations of the community of Mission Hills, adding his own suggestion that permanent supportive housing also be considered.

May 7, 2019:
Mayor Kevin Faulconer released an announcement that the old Mission Hills library property is being considered for development as a 28 unit residence for homeless individuals, including wrap-around services defined as Permanent Supportive Housing (PSH).

February 13, 2020:
The City’s Real Estate Assets Department, under the direction of Mayor Faulconer, issued a Request for Proposal (RFP) seeking offers to develop the Old Mission Hills Library site for Permanent Supportive Housing (PSH) for the homeless. The stated Proposal Due Date is April 20, 2020. [Direct link to RFP]

February 19, 2020:
Councilmember Ward responded with an objection to the RFP for this site. At its February 19, 2020 board of directors meeting the BID voted to reinvigorate its campaign opposing the development of the Old Mission Hills Library site for PSH for the homeless.

*Positions of other Mission Hills community groups are included here as reference and do not imply an endorsement from the Mission Hills BID.

If you have not already signed a hard copy of the petition available above, or circulating throughout the community, you may add your name to the petition electronically by completing the following form. Please do not complete both the hard copy and electronic version.

Sample Message to Send to Mayor Faulconer and Councilmember Ward

You may wish to copy this message and send it as-is, or add your own additional comments. Please email to: