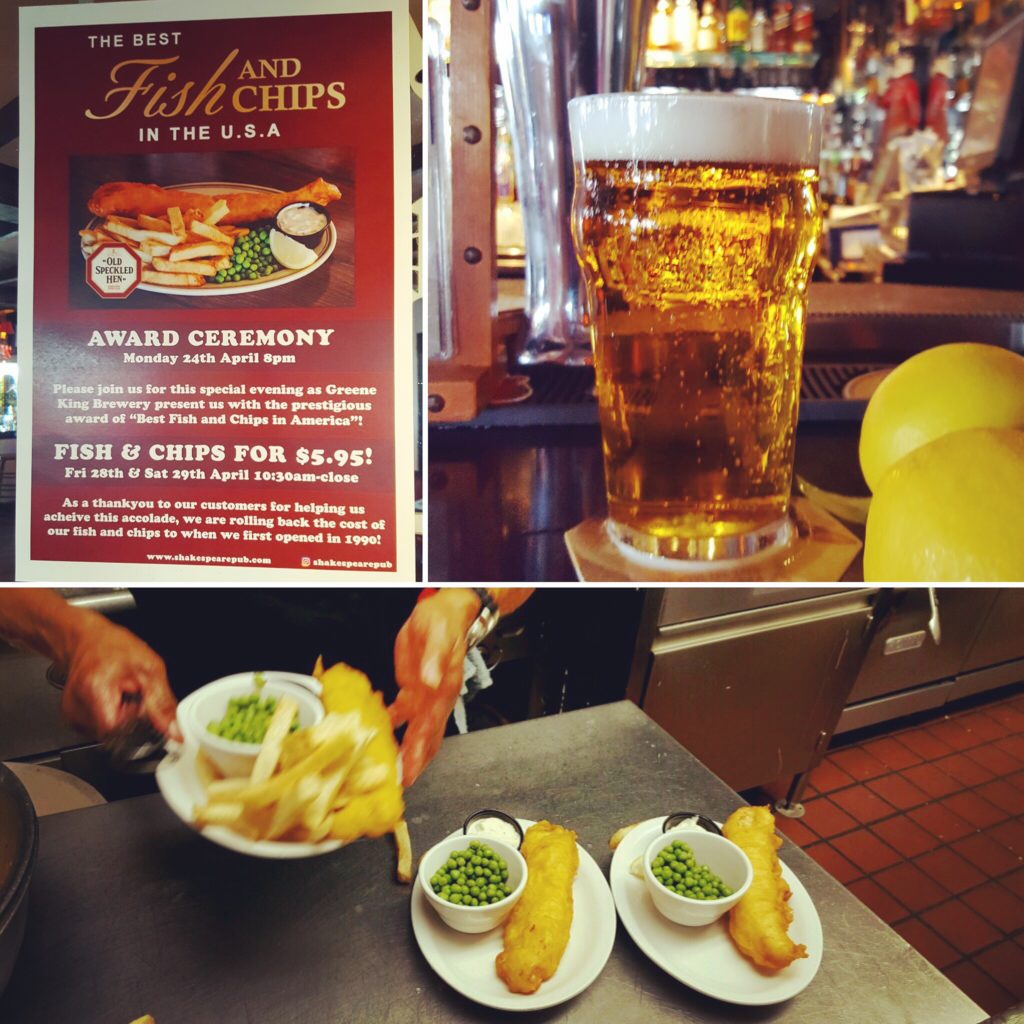 In celebration of this award, and in thanks to their customers over the years, the restaurant will be rolling back prices Friday, April 28, 2017 and Saturday, April 29, 2017 from 10:30AM – Close to match the prices they charged when first opening 1990.

Details of this award, can be found in the following press release issued by Old Speckled Hen.

(Mount Pleasant, SC) Shakespeare Pub and Grille of San Diego, California has been named the winner of the 2017 Best Fish and Chips in the U.S. contest. Hosted by “Old Speckled Hen”, the UK’s number one premium English Ale, the contest began last November with participation of over 160 pubs across the country. Earlier this month, “Old Speckled Hen” Brewer, Ross O’Hara, and Export Manager, David Patmore-Hill, traveled across the U.S., tasting the top five finalists to name the ultimate winner.

“I would like to congratulate all the participants that took part in the competition.” Says Export Manager, David Patmore-Hill. “Whilst the food we sampled was fantastic, we are equally impressed with the focus and care all put into promoting “Old Speckled Hen”.”

“I couldn’t be prouder of the whole team.” Remarked Thomas Beatty, Head Chef, “From start to finish we were in it to win it.” Ruth Thomas, General Manager adds, “I’d like to give thanks to each person who voted for us and to our staff who helped to promote our award-winning fish and chips, the contest and of course, Old Speckled Hen.”

Paul Crawford, proprietor of the Shakespeare could not be more thrilled, “It’s rewarding to receive such recognition for continuing to stay on top of our game while remaining true to our original concept since 1990. None of which would have been possible without our amazing management and staff.”

In addition to the title, the pub will receive an award for 2017 Best Fish and Chips in the U.S. during a celebratory party with “Old Speckled Hen” features and 1990’s roll-back prices for the pub’s award-winning fish and chips.

“We would like to congratulate Paul and his team at the Shakespeare,” says Brewer O’Hara. “We are already looking forward to the 2018 competition and the increased pubs taking part, which will make this promotion a great part of our brand. Well done to all!”

For those pubs wanting to put their fish and chips to the test, “Old Speckled Hen” will go back on the hunt to find the next winner of the Best Fish and Chips in the U.S. beginning this November. 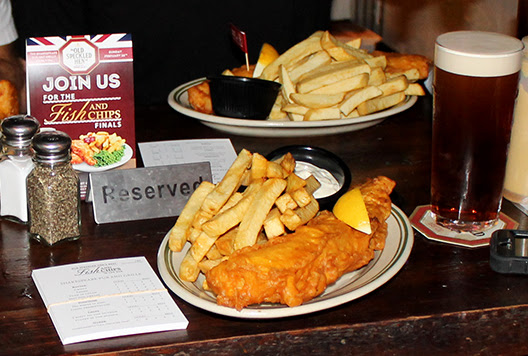